The Truth About the BP Settlement You have probably read or heard about some of the stories, ads, court filings or other reports on the landmark BP Settlement that was reached in April of 2012 with court-appointed attorneys.

Beginning shortly after the settlement was formally approved in December of 2012, BP did something that no other company has done in American legal history: The British company launched a very public attack on its own settlement, and even went so far as to ask the Supreme Court to reverse a Court of Appeal decision in which BP was technically the “winner” – securing a broad, class-wide, multi-state release. This website attempts to shed light on some of the questions regarding the original 2010 tragedy, the events leading up to the 2012 settlement agreement, what BP actually agreed to, why BP changed its mind, the implications for Louisiana and other Gulf Coast businesses going forward, and other aspects of the multi-district litigation arising out of the Macondo disaster.

How Did the Oil Spill Begin?

On April 20, 2010, BP was in the process of temporarily plugging a deepwater well on the outer-continental shelf approximately 50 miles from the mouth of the Mississippi.
[Click here to learn more] When BP formally entered into the Economic & Property Damages Settlement in early 2012, the horizon was fairly bleak. Tens of thousands of private claims for economic loss had not been successfully resolved in the GCCF.
[Click here to learn more] BP has falsely suggested in Court filings and in the press that a business does not have to show that its damages were caused by the Spill in order to recover from the Settlement Program. This is not the case
[Click here to learn more]

Is BP Lying to the Courts and to the American People?

Let’s put aside, for a moment, the fact that BP plead guilty to lying to the U.S. Government, and its own shareholders, regarding the Macondo / Deepwater Horizon Spill, in this very litigation – not to mention eleven felony counts of seaman’s manslaughter.
[Click here to learn more]

Why Did the U.S. Chamber of Commerce take British Petroleum’s Side Against Tens of Thousands of Family-Owned and Other Businesses on the Gulf Coast? One weekend, Co-Lead Counsel, Steve Herman and Jim Roy, got an e-mail from a lawyer in Washington asking for the Class’ consent to an “amicus” brief to be filed in the U.S. Fifth Circuit Court of Appeals in support of BP’s request to throw out its own settlement.
[Click here to learn more] Patrick A. Juneau is one of the most respected lawyers in the State of Louisiana. He was elected to and served as a member of the 1974 Constitutional Convention, and is a past President of the Louisiana Association of Defense Counsel.
[Click here to learn more] 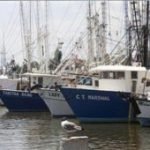 The Economic & Property Damages Class Settlement was approved by the District Court on December 21, 2012, and affirmed by the U.S. Fifth Circuit Court of Appeals on January 10, 2014.
[Click here to learn more]

In interpreting and applying the BP Economic & Property Damages Class Settlement, the Claims Administrator has issued a number of Policies to guide the Program Vendors, and Claimants, with respect to the submission and processing of Claims.
[Click here to learn more]

On May 13, 2010, Transocean, the owner of the Deepwater Horizon, filed a Complaint and Petition for Exoneration from or Limitation of Liability in the United States District Court for the Southern District of Texas.
[Click here to learn more]

BP has pretended, for the past four years, that there is some type of “Moratorium defense” to economic loss claims under the Oil Pollution Act. As exhaustively examined in a recent filing, the attorneys appointed by the Court to litigate the issue for offshore oil and gas companies do not believe that any such legal defense exist.
[Click here to learn more]

How Do I Determine Whether I Might Have a Legitimate Claim for Myself or My Business in the Economic & Property Damages Settlement? How Do I Determine Whether I Might Have an Eligible Claim in the Medical Benefits Settlement? The Court and the parties, even BP, worked extremely hard to prevent this from being another Exxon Valdez. We did a lot of work in a very small time: hundreds of depositions, and all kinds of things, going to trial very early, and getting the settlement, to try to bring things to a close.

We were very proud of it, and BP, their attorneys at the time, were proud of it. Now all of that has been tarnished, and it’s really a shame.

This should be a shining example of the legal system at its best. When we signed this deal in April 2012, that’s what it was, and frankly I’m still proud of it, and I think that’s what it is today.